Smith Reid is a quality boutique law firm in Inner Sydney. We are experienced in assisting clients with Family Law matters and understand that this can be a stressful and upsetting time for couples, children and immediate family. We approach our clients with a high level of understanding and compassion.

We offer the following services:

We ensure that our clients receive both expert tailored advice on their rights and obligations and guidance during what can be a difficult period. We are able to advise on all aspects of Family Law including marriage and de facto relationships.

We are committed to resolving all of our client’s family law disputes in a prompt and effective manner.

Contact our office to discuss how our Family Law services could help you.

We are able to offer free parking to our clients for appointments.

Posted in Conveyancing and Lawyers 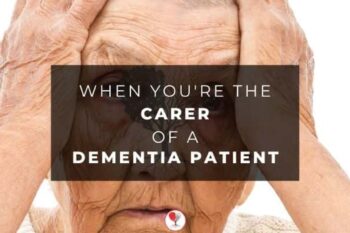 When you’re the carer of a dementia patient

One of the toughest jobs you can ever do is to watch the decline of a loved one to a mental disease.  More so, when you are the full-time carer and you have to contend with everything from toilet and washing duties to sometimes physical and verbal abuse.  It can be rewarding, but soul-destroying is another term that could be used.

But what is it like for the dementia patient themselves?  Are they aware of their surroundings?  Do they know when they are being mistreated or worse … neglected?

In a recent case (as reported by AAP/SBS), a Coroner cries over 83yo’s ‘tragic’ death, an elderly mother had been left to ‘deteriorate’ under the apparent care of one of her 3 daughters.  Once it was discovered that her 83yo mother had in fact passed away, her daughter shut the door and carried on like her mother was still alive.

Noreen Peacock had been diagnosed with having advanced dementia in 2010 and had not seen a doctor since this diagnosis.  Three years later, her body was found by a real estate agent at the home she shared with her youngest daughter in Sydneys Northern Suburbs.

The Deputy State Coroner described the case as “extraordinarily sad” highlighting the failures of Noreen’s daughters to support each other. 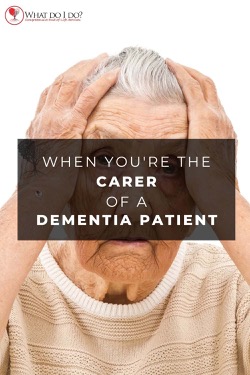 In the Kellyville home, a significant amount of empty wine bottles were also found suggesting the increasing dependance of alcohol from Melissa.

At the time of Noreen’d death, she would not have weighed more than 37 kilograms.

“There was no one in the outside world … keeping watch over Mrs Peacock or the care she was being given,” The Coroner, Ms Freund said.

Whilst the primary care resided on just one of the daughters, the other family members should have discussed a plan, or make inquiries as to how Melissa was coping.  “Melissa was left to flounder and the consequence was extreme,” said Ms Freund.

In this case, a charge was made for operating an account without authority (fraud), as well as failing to report a death.  No conviction was recorded as she was dealt with under the Mental Health Act.

If you find yourself being the primary carer for a dementia patient it is essential to keep in contact with the community – family members, neighbours, health care facilities, counselling. 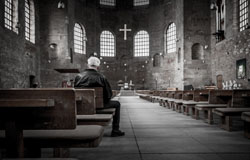 Do you need to talk to someone?